In 1982, the Longmont City Council and the Longmont electorate created the Longmont Downtown Development Authority (LDDA) with a mandate to revitalize the City’s Downtown commercial core consisting of 242 acres, spanning 1st Avenue to Longs Peak and Martin Street to Terry Street.

Additionally, the LDDA manages the General Improvement District (GID) on behalf of the Longmont City Council. The GID is a special tax district withing the LDDA district. The Downtown Longmont GID was originally formed in 1966 to finance Downtown projects such as parking, beautification and landscaping, creation of mid-block pedestrian walkways and acquisition of necessary land and improvements in connection with these projects.

The LDDA area consists of 6 blocks and one area known as the east corridor, spanning from Emery to Martin Street. The GID is shown in the dashed area. 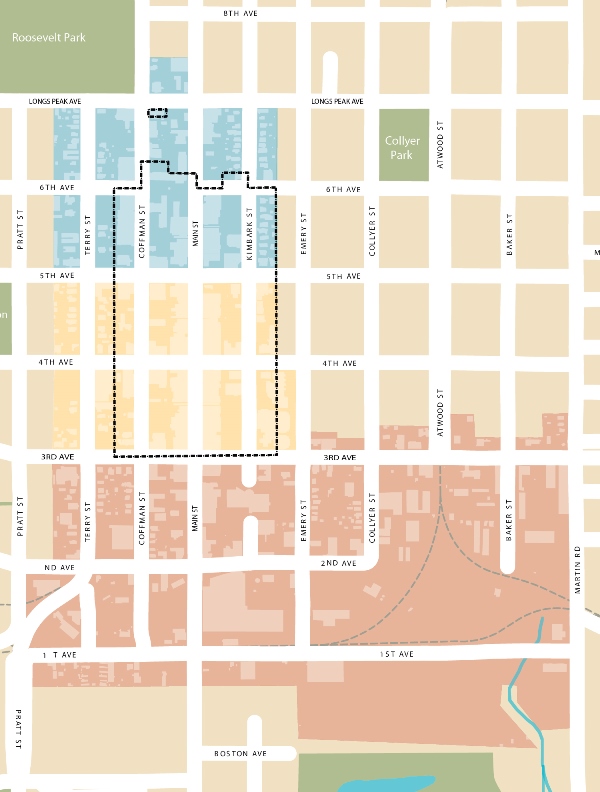