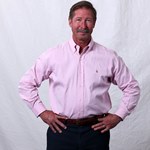 Longmont, CO - - - Mike Shea, owner of O'Shay's Restaurant & Ale House, is celebrating this month.  Thirty five years ago, Shea with wife Nania Perret-Shea, opened the doors to the restaurant that since become a hub in the community of Longmont.

"O’Shay’s is where family generations gather to celebrate, to reflect, to remember and to forge new memories.  O’Shay’s is where business leaders plan their next moves in an ambience of cordiality and goodwill; where elected officials stay in touch with their constituents; where there are no strangers, just new and old friends enjoying good food and good company." says Shea.  "I'm proud that O’Shay’s is uniquely different.  No other restaurant has had such a long run or has played and is playing such a significant role in the character and social fabric of its community," he adds.

When Mike Shea opened the restaurant in 1981, he had no idea that his venture would touch so many people and impact so many lives in so many ways.  “I’ve always worked in restaurants from middle school through today,” he said.  “Since I’m from the East Coast, I had a casual, pub atmosphere in mind when we opened 35 years ago.  I didn’t realize that O’Shay’s would be so much more than that.  Thanks to our incredible staff and loyal customers, O’Shay’s has become a central gathering place for so many in Longmont.”

He continued, “ I never really thought about celebrating our 35th anniversary when we first started out.  Now I’m amazed by our success.  I think the key is to never stagnate, never rest on your laurels, never keep things exactly the same.  I’m always finding new inspiration, always trying to improve.”

Shea’s wife, Nania Perret-Shea, has played a pivotal role in transforming O’Shay’s from a concept to a community cornerstone.  “From the very beginning, she has been an integral part in all of the operations and planning,” Shea stated.  “That hasn’t changed for 35 years.  She also bakes almost all of the fabulous desserts for our customers.

Many of O’Shay’s 40 employees have decades of experience in their fields. “One – Todd Johnson – has been with us for 30 years,” Shea pointed out proudly.  “Collectively, our staff are the keys to our success.”

During the week of October 25 - November 1, O'Shay's will be having daily specials on food and drinks.  Anniversary tokens are also available. While celebrating O’Shay’s 35th anniversary, Shea continues to look ahead.  At O’Shay’s, the past is only the prologue to what is yet to come.