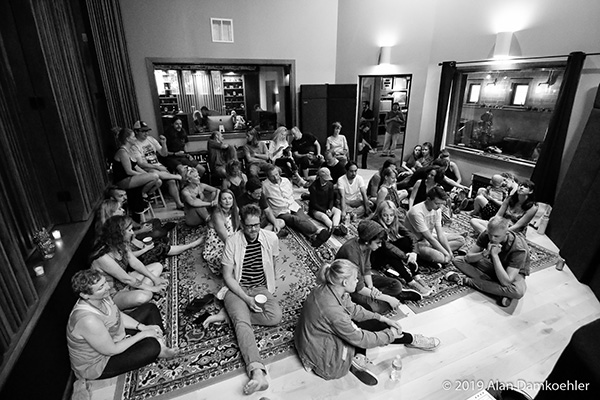 Wind Over the Earth, a recording studio located in the Downtown District of Longmont, just released a collection of music called “The Longmont Project” that features original music from 18 local artists.  Wind Over the Earth came to Longmont from Boulder in 2015 and have been creating and producing local and nationally recognized artists since then. All proceeds from The Longmont Project benefit the Longmont High School Music Program. Artists that appear on The Longmont Project include Taylor Sims, Foxfeather, Tilia Americana, Clandestine Amigo, Flynn & Co., Bridget Law, Natalie Tate, Jackson Cloud Odyssey and more. 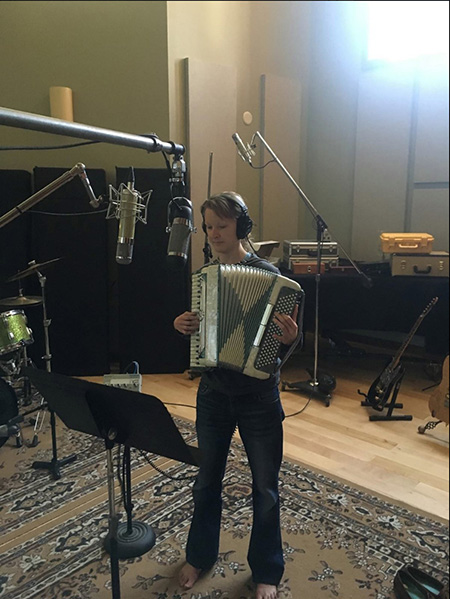 I am the leader of Clandestine Amigo. It was a huge compliment to be included on this project. My song, “The Silence” is featured on the collection. It’s a tune about being drawn to someone, not knowing what to say, but being able to just share a human moment without going through the motions of small talk. The arrangement of the song is simple, just piano and vocals. My bandmate a dear friend, Giselle Collazo, does the backing vocals on the song. I had a great time tracking the music. Mark, the owner and engineer, is a charismatic guy and the work we did felt more like entertainment. He wanted the project to have lots of crossover between the artists, so he invited multiple musicians to play on each other’s songs. I got to play accordion on a song by Shanna in a Dress, Rhodes keyboard on a Bridget Law tune, and was part of a choir on the Tilia Americana cut. I’m also proud to say that I was the one and only winner of Mark’s “Pretzel Challenge”, eating three giant pretzels in less than a minute with no water, which is harder than you might think!

The collection was released one song and one day at a time. Releases started on July 1st and now the entire project is public. CDs will be available at the project’s sponsor venues, which include Still Cellars, Rosalee’s Pizzeria, La Vita Bella, St. Vrain Cidery, Longmont Public House, and the Soundpost Sessions. For now, you can find the released songs on Wind Over the Earth’s YouTube channel and donations to LHS can be made at http://www.lhs-music.org

Wind Over the Earth is an enjoyable and inspiring place to make music, Longmont is lucky to have them! Mark Venezia, Longmont resident, is the owner, producer and engineer of the studio. Kelly Edwards is director of operations, and Cayman Tomsic is assistant engineer/producer. They work in conjunction with mastering engineer, Jim Wilson, at Jim Wilson Mastering.