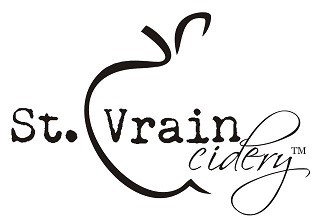 The tap house will expand to 36 taps by Spring 2017 to accommodate this fast growing segment in the Colorado craft beverage industry. In addition to the fore mentioned Colorado ciders, St. Vrain Cidery will be manufacturing its own ciders at the same location and will be closed on Mondays to accommodate its production schedule. Tap
house hours are Tuesday – Saturday 2-9pm and Sunday 11-6pm.

When describing the style of St. Vrain Cidery’s own cider, Dan Daugherty says, “While we'll eventually build up a broad range of styles, our main focus is on drier, new world and experimental ciders made from Colorado apples which, at the moment, are mostly dessert fruit with a smattering of heritage varieties.” Conveniently located in downtown Longmont, the Cidery is just blocks from local eateries like Rozalee’s Pizzeria, Samples World Bistro, Benny’s Tacos, Sun Rose Cafe and The Roost. Check the events calendar for Food Truck schedules and folks can bring in (or have delivered) food from anywhere they choose. Light snacks are always available for purchase including Uncle Andy’s Jerky , On Tap Pretzels and Rebel Popcorn. And if you want to grab a snack and bring it with you go visit our friends at Simply Bulk on Main St. A schedule of live music and special events are listed on the website, www.stvraincidery.com.